BACK TO THE GRID

Tropea, Pearl of the Tyrrhenian Sea

The city stands majestically on a high cliff 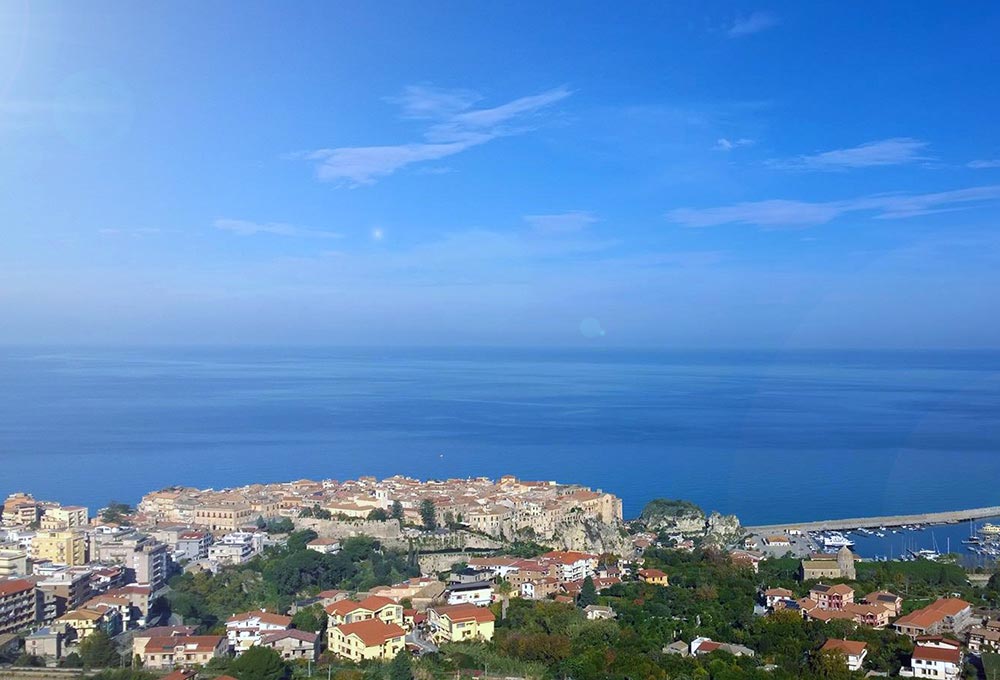 Considered the main tourist point of the whole region, Tropea has a fascination that can be found in a few other Italian villages. According to legend, it was founded by the legendary Hercules. It stands on a cliff about sixty metres high overlooking the crystal clear sea and white sandy beaches. The old town, once completely fortified, is guarded by the rock of Santa Maria dell'Isola. In the Byzantine era, this was a hermitage site, as it was completely surrounded by the sea. However, the island today boasts one of the most striking and photographed monuments: the church of Santa Maria dell'Isola.

The Old Town, a labyrinth of alleys and noble palaces, brings the visitor back to past centuries, when life was slow and composed. The buildings, dating back to between the fourteenth and twentieth centuries, embody the great wealth that the country enjoyed in the past. In fact, being a state-owned city, the patrician families of the Kingdom of Naples chose it as their residence because of the limited number of taxes compared to feudal centres.

Corso Vittorio Emanuele, the biggest street in the centre, hosts many tourist-related activities: bars, restaurants, shops selling local products and local crafts. Culminating with theAffaccio Raf Vallone - the balcony dedicated to the famous native actor of Tropea - it is the most sought-after struscio summer destination on the Costa degli Dei.

Other noteworthy sights are the Piazzetta del Cannone and the Piazzetta della Munizione, behind the Norman cathedral dedicated to the Madonna of Romania. The unusual name is attributed to the origin of the ancient picture preserved inside it: it came from Romania, a name with which the ancient Romans implied the eastern territories of the empire, corresponding to the Byzantine area.

Also not to be missed are the white sandy beaches at the foot of the cliff, from where visitors have the opportunity to dive into the crystalline sea, while centuries of history observe them from the height of its charm.

Tropea is a point of reference nowadays for global tourism, so much so that it is included among the most beautiful beaches in the world by numerous magazines of international importance.

FOR MORE INFORMATION CALL NOW
FIND OUT ABOUT OUR GREAT RATES
YOU HAVEN'T SEEN OUR DEALS YET? Click here

With large white sandy beaches, crystal clear sea and a location directly on the sea, making it a popular destination for many Italian and foreign tourists. Wandering through the narrow streets of the town, you can admire the Roman, Byzantine, Saracen and Norman settlements.

CALL US WITHOUT OBLIGATION

QUESTIONS? WRITE TO US NOW